I suppose this should have been done sooner.
We would like to see Young Wolf become bigger and better.  This is for the youth that no longer want to put up with the multicultural rubbish that is rammed down our throats on a daily basis.  For the youth that don't want to follow the masses and into the trap of a drug fuelled stupper.
Yes 14 - 18 is a difficult age span to deal with and we all know that the changes you go through are massive.  We don't claim to have all the answers either.  Our aim is to help you feel welcome and to let you know that you are not wrong to think the way you do.
We hope with some of the events we are planning will help you all connect  and learn with each other.
Our two main events we are aiming for this year are a two day bike ride with a camp out.  Also a two night camp in a beautiful part of the country.
The bike will be run with a lot of help from the BMWD.  The camp out will be run in conjunction with BMWD.  We are also hoping to run some activities at the Sunwheel.
If you wish to join in any of these events please get in touch either with the contact box or if you prefer through the Young Wolf email at bmyoungwolf@gmail.com.  Also you can use either forms of contact if  you have any ideas of events you would like us to try, also if you have any thing you think should be shared on the blog.
Posted by BM-YOUNGWOLF at 14:41 No comments:

So, on a cold, wet, windy Friday BM East Midlands started the journey to Coventry. We had been asked to attend a demo hosted by National Action being held outside a restaurant selling Halal meat, not only that but they didn't tell customers that they sell it. Upon arriving the rain  was lashing down but we still headed to the RV point to meet everyone else. What we was met with quite surprised me, there was about 10 young lads all smartly dressed in trousers shirt and ties. Not what I was expecting at all. After the introductions they all said how pleased they all were that BM had joined them, and we was pleased that we was finally under some cover. Leaflets for both National Action and BM got handed out and after a pretty heated discussion with the restaurant manager we found we was getting a good response from the public, and it looked like people took notice and were not going in. A few 'discussions' took place, but the National Action lads soon beat them down with good arguments. But,after about 2 hours the inevitable happened and the police arrived, being typically shirty and trying to use bully boy tactics, I think he may have been a fan of the restaurant going on the size of him. We had already decided to call it a day, promising to return and keep up the pressure on Frangos restaurant chains.


Yes this was the East Midlands that went along and some might say how is this anything to do with Young Wolf this is how we see Young Wolf heading the younger generation working along side the older generation. It was a honor to meet the lads from National Action and we hope this start of many joint ventures.
Posted by BM-YOUNGWOLF at 14:11 1 comment:

Hello and sorry for the lack of post, just some times life does stop you doing all you want to do. Hopefully we will be back to writing stuff to be posted very soon. But if any of you have any thing you would like to posted on here please get in touch as this is for you.
Posted by BM-YOUNGWOLF at 07:55 No comments:

As you should already be aware that we are very anti drugs, they are for the weak and just another way of taking away a good quality of life from so many with the harm they can do.  Drugs not only are addictive but they create other problems such as lack of money for the person abusing them but for their whole family because most users will not think twice about taking the money that might be to feed the family to get their next high.  They also leave the users with health problems of many types be it paranoia,(yes it is a mental problem but mental illness is a health problem too) liver, kidney problems, heart problems and many more.
A lot of users of things like weed and dope what ever you want to call it don't get addicted to the drug they constantly chase the high.
A lot of the youth today think it is normal to sit around and get high with their mates and they are not harming any one or any thing.  They are just another generation that will end up wasted because its the norm to get high. The norm is not to get high enjoy life with true feeling and really enjoy peoples company. Some things in life can give you a better high than any drug but after using you then become numb to the normal feelings.
The term legal highs is so wrong this is just a legal loop hole that people use to get away with selling something that can do the same harm as other drugs but with added a bonus that people think because they can buy it from a shop its safer but its not its people mixing chemicals and not knowing what effects it will have on anyone. that is why they do state on the packaging that it is not fit for human consumption but most that buy think this is just a joke. No one knows what goes into the stuff they are using, many people have died from these legal highs.
Just because people say it is a legal high it is no more safer than any other street drug.  As for the use of prescription and veterinary drugs these were made to help people and animals not to be abused, not to get high on. People are suffering from major health problems with these to.
Please try to remember that DRUGS ARE FOR MUGS.  Even things like alcohol  and nicotine do enough harm to people and these have been researched and everything else. Sometimes life is the best drug knowing you are here for a reason and you protecting where and what you come from.


Just in case anyone is thinking about using the new street drug Krokodil, here is what it does to you ALL OVER YOUR BODY!!! 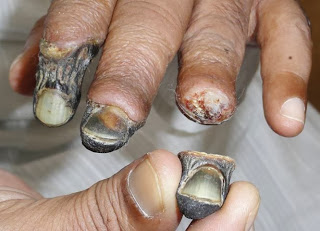 Hello and welcome to the blog page for the YOUNG WOLF.(youth section of the BM)
Some changes have taken place and Young Wolf is all back to doing it what it should and welcoming the youth to a new way a head.
Please bear with us as we are not use to this blog thing but we will get there. 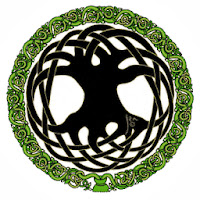 Posted by BM-YOUNGWOLF at 14:25 No comments:

Email ThisBlogThis!Share to TwitterShare to FacebookShare to Pinterest
As most of you will already know, Young Wolf is the youth wing of British Movement. It is for 14 to 18 year olds. The original idea came from The Hitler Youth, and slightly changed to fit in with current day needs. We have lots of ideas for events in the future for the Youth section, day out activities, hikes, survival skills to name a few. What we want is to show the youth an alternative way of living, away from MTV, away from the media lies, and away from drugs and try to open their eyes to what is happening around them. Youth talks will also be arranged when we have enough people in each area and speeches will be adapted to suit.
Posted by BM-YOUNGWOLF at 13:20 2 comments: